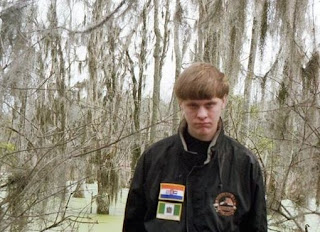 Anti-intellectualism Is Killing America
Social dysfunction can be traced to the abandonment of reason
Post published by David Niose on Jun 23, 2015 in Our Humanity, Naturally

The tragedy in Charleston last week will no doubt lead to more discussion of several important and recurring issues in American culture—particularly racism and gun violence—but these dialogues are unlikely to bear much fruit until the nation undertakes a serious self-examination. Decrying racism and gun violence is fine, but for too long America’s social dysfunction has continued to intensify as the nation has ignored a key underlying pathology: anti-intellectualism.
America is killing itself through its embrace and exaltation of ignorance, and the evidence is all around us. Dylann Roof, the Charleston shooter who used race as a basis for hate and mass murder, is just the latest horrific example. Many will correctly blame Roof's actions on America's culture of racism and gun violence, but it's time to realize that such phenomena are directly tied to the nation's culture of ignorance.
In a country where a sitting congressman told a crowd that evolution and the Big Bang are “lies straight from the pit of hell,”
(link is external)
where the chairman of a Senate environmental panel brought a snowball
(link is external)
into the chamber as evidence that climate change is a hoax, where almost one in three citizens can’t name the vice president
(link is external)
, it is beyond dispute that critical thinking has been abandoned as a cultural value. Our failure as a society to connect the dots, to see that such anti-intellectualism comes with a huge price, could eventually be our downfall.

In considering the senseless loss of nine lives in Charleston, of course racism jumps out as the main issue. But isn’t ignorance at the root of racism? And it’s true that the bloodshed is a reflection of America's violent, gun-crazed culture, but it is only our aversion to reason as a society that has allowed violence to define the culture. Rational public policy, including policies that allow reasonable restraints on gun access, simply isn't possible without an informed, engaged, and rationally thinking public.
Some will point out, correctly, that even educated people can still be racists, but this shouldn’t remove the spotlight from anti-intellectualism. Yes, even intelligent and educated individuals, often due to cultural and institutional influences, can sometimes carry racist biases. But critically thinking individuals recognize racism as wrong and undesirable, even if they aren’t yet able to eliminate every morsel of bias from their own psyches or from social institutions. An anti-intellectual society, however, will have large swaths of people who are motivated by fear, susceptible to tribalism and simplistic explanations, incapable of emotional maturity, and prone to violent solutions. Sound familiar?
And even though it may seem counter-intuitive, anti-intellectualism has little to do with intelligence. We know little about the raw intellectual abilities of Dylann Roof, but we do know that he is an ignorant racist who willfully allowed irrational hatred of an entire demographic to dictate his actions. Whatever his IQ, to some extent he is a product of a culture driven by fear and emotion, not rational thinking, and his actions reflect the paranoid mentality of one who fails to grasp basic notions of what it means to be human.
What Americans rarely acknowledge is that many of their social problems are rooted in the rejection of critical thinking or, conversely, the glorification of the emotional and irrational. What else could explain the hyper-patriotism
(link is external)
that has many accepting an outlandish notion that America is far superior to the rest of the world? Love of one’s country is fine, but many Americans seem to honestly believe that their country both invented and perfected the idea of freedom, that the quality of life here far surpasses everywhere else in the world.
But it doesn’t. International quality of life rankings
(link is external)
place America barely in the top ten. America’s rates of murder
(link is external)
and other violent crime dwarf most of the rest of the developed world, as does its incarceration rate
(link is external)
, while its rates of education and scientific literacy are embarrassingly low
(link is external)
. American schools, claiming to uphold “traditional values,” avoid fact-based sex education, and thus we have the highest rates of teen pregnancy
(link is external)
in the industrialized world. And those rates are notably highest where so-called “biblical values” are prominent. Go outside the Bible belt, and the rates generally trend downward
(link is external)
.
As this suggests, the impact of fundamentalist religion in driving American anti-intellectualism has been, and continues to be, immense. Old-fashioned notions of sex education may seem like a relatively minor issue to many, but taking old-time religion too seriously can be extremely dangerous in the modern era. High-ranking individuals, even in the military
(link is external)
, see a confrontation between good and evil as biblically predicted and therefore inevitable. They relish the thought of being a righteous part of the final days.
Fundamentalist religion is also a major force in denying human-caused climate change
(link is external)
, a phenomenon that the scientific community has accepted for years. Interestingly, anti-intellectual fundamentalists are joined in their climate change denial with unusual bedfellows: corporate interests
(link is external)
that stand to gain from the rejection of sound science on climate.
Corporate influence on climate and environmental policy, meanwhile, is simply more evidence of anti-intellectualism in action, for corporate domination of American society is another result of a public that is not thinking critically. Americans have allowed their democracy to slip away, their culture overtaken by enormous corporations that effectively control both the governmental apparatus and the media, thus shaping life around materialism and consumption.
Indeed, these corporate interests encourage anti-intellectualism, conditioning Americans into conformity and passive acceptance of institutional dominance. They are the ones who stand to gain from the excessive fear and nationalism that result in militaristic foreign policy and absurdly high levels of military spending
(link is external)
. They are the ones who stand to gain from consumers who spend money they don’t have on goods and services they don’t need. They are the ones who want a public that is largely uninformed and distracted, thus allowing government policy to be crafted by corporate lawyers and lobbyists. They are the ones who stand to gain from unregulated securities markets. And they are the ones who stand to gain from a prison-industrial complex that generates the highest rates of incarceration in the developed world.
Americans can and should denounce the racist and gun-crazed culture that shamefully resulted in nine corpses in Charleston this week, but they also need to dig deeper. At the core of all of this dysfunction is an abandonment of reason.
More on this subject in David Niose's latest book, Fighting Back the Right: Reclaiming America from the Attack on Reason
(link is external)