"Why America's embrace of soccer is a good thing" 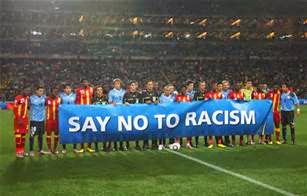 Why America's embrace of soccer is a good thing

July 5th, 2014
10:35 PM ET
Fareed speaks with Peter Beinart,associate professor of journalism and political science at the City University of New York, about Ann Coulter’s suggestion that America’s growing interest in soccer is a sign of the nation's moral decay. For the full interview, watch "Fareed Zakaria GPS," this Sunday at 10 a.m. and 1 p.m. ET on CNN.
You say that people like Ann Coulter are worried about this and are distressed about it because it wears away at the fact that the United States has been a kind of country apart from essentially the entire rest of the world on this one issue, on this one sport.
Right. Ann Coulter basically believes that part of what makes America great is that America is fundamentally different from the rest of the world and she compares soccer to the metric system. If the rest of the world adopts it per se, it's a good thing if the United States stays apart from it.
And I think what you're seeing with soccer is that the willingness to embrace soccer and the willingness to allow America's new immigrants to remain soccer fans without that compromising their Americanism, reflects a shift in the United States.
We have a less nativist sports culture and we are more open, at least some groups in the United States – young people, immigrants, political liberals are more open to liking the same kinds of things that people in other countries do.Things don't have to be ours and ours alone.
And in a sense, part of what the attraction of soccer is is that you are sharing the sport with the rest of the world, sharing the enthusiasm, following something everybody in the world is following.
And I think this reflects a larger shift. I mean, it's really fascinating if you look at the Pew polling. For instance, young Americans are far less likely than older Americans to say that America's culture is superior or to say that America is the greatest country in the world.
Now Ann Coulter may see that as pessimism and defeatism and declinism, but I actually think what it reflects is a more cosmopolitan temperament, more of a recognition that America has things to learn from the rest of the world. And that, in fact, perhaps we have to learn from the rest of the world if we're going to remain a successful country. 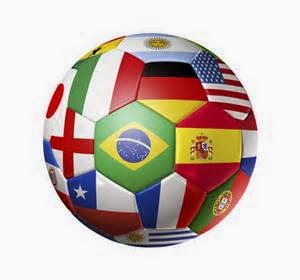