Puerto Rico’s bid for statehood seems like a long shot

Posted 7 hours, 19 minutes ago.
Lost in Tuesday’s election night chaos was a decision in Puerto Rico to seek statehood in a nonbinding referendum. But the odds seem stacked against that happening.
Puerto Rico becoming the 51st state would be a big constitutional development, which weprofiled back in August. It’s far from a done deal, but few people outside of the early part of the Baby Boom generation have experienced the political drama in the statehood process.
That’s because aside from the tenuous decision in Puerto Rico to investigate statehood, the reality is that a second state would need to be in the mix to get Congress bite. And the logistics of congressional compromise seem truly daunting.
Puerto Rico also would bring more potential Democratic votes into the Electoral College and Congress. The House of Representatives, which is controlled by the Republicans, would need to approve such a move.
However, even predicting how Puerto Rico’s electoral and congressional votes would go is a difficult process, at best.
Puerto Rico has the highest voter turnout of any state or territory: voting is a rite of passage on the island. And political polls there are notoriously tricky because the electorate is so volatile.
There are three major political parties in Puerto Rico, none of which align directly with the Democrats and Republicans–they are aligned to statehood, independence, and territory factions.
In Tuesday’s two-part referendum, nearly 54 percent of voters agreed to change Puerto Rico’s status as a territory, and statehood was preferred by 61 percent of voters if Puerto Rico chose to change its territorial status. Independence was only favored by 5 percent of the voters.
The next step would probably be for Congress to agree to a joint resolution with the details of Puerto Rico’s statehood requirements. In 1959, it was called the Admissions Act.
If Congress were to pass the act, it would go back to Puerto Rico for a binding vote to accept it.
However, a look at a 2010 fact sheet from the office of Doc Hastings, the Republican chairman of the House’s Natural Resources Committee, shows the steep barriers Puerto Rican statehood faces in Congress.
Hastings projects that Puerto Rico would add at least $7 billion annually to the federal budget as social programs were extended to the new state, and that House Republicans may ask Puerto Rico to adopt English as its official language.
And because of its population of 3.7 million people, Puerto Rico would be entitled to eight electoral votes, including six seats in the House of Representatives.
Unless Congress agrees to add the six seats, they would need to be taken from other states. Hastings says the votes would come from a pool of six states, four of which are controlled by the Republicans.
It took Alaska 13 years to become a state, with the approval of Congress, after it passed its referendum in the wake of World War II. That came only after Hawaii, which was seen as a GOP-leaning state, was added to the bargain.
Recent Constitution Daily Stories
Five constitutional lessons learned from the presidential election
Obama wins, Romney concedes
Five losing candidates who came closest to becoming a president
Smaller swing states do in Romney in game changer
But in 2012, there doesn’t seem to be a potential Hawaii to add to the mix, or a way to create a new state from an existing one.
In Article IV, Section 3, Congress is given the power to decide what states and territories are, but state legislatures would have to approve any act that would combine two existing states or form a new state from parts of other states.
A long-shot compromise could come in the form of the 23rd Amendment, which was passed in 1961. That gave the District of Columbia three electoral votes, but no voting representation in Congress.
Would Puerto Rico get three votes in such an amendment, or at least eight electoral votes?
Adding a new constitutional amendment is even more difficult than adding a new state, so that seems unlikely.
A more likely option would be for the Democrats to agree to surrender four House seats through redistricting in New York and Washington, assuming they believe Puerto Rico’s two senators would be Democrats. That would be another tough sell in Congress.
Scott Bomboy is the editor-in-chief of the National Constitution Center.
at November 08, 2012 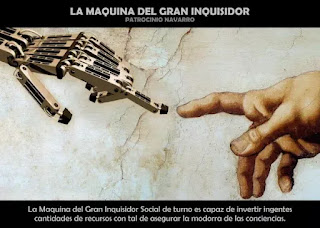