Florida and California, Two Plates with the Same Taste.


“They say California's the big burrito,... Florida is a big tamale". Two different dishes identify two different states of the United State of America, but both plates represent the same cultural tradition.
Florida is a peninsula on the southeastern of USA with a coastline along the Atlantic Ocean and the Gulf of Mexico. This territory, with large swamps and heated by hurricanes, was called by the conquests with a name that means 'full of blossom' or "feast of the flowers" so is called the Spain’s Easter celebration. California, on the other hand is sited in Western USA and share border with Mexico. This land, hated by earthquakes and considered an exotic and mysterious paradise of untold promise on the distant Pacific Coast, was called at the beginnings The Gold Rush State due to people from all around the world flooded San Francisco when some gold fields were discovered there during the nineteen century. By looking at all the above, these states seem very different, but they are not so different that we can't compare them and find similarities.

When we know more deeply both states, their history, culture and population, many similarities start to come out. For example, they have analogous periods of historic evolution, they have important touristic and cultural centers famous all around the world, and their populations are both the best representation of the diverse and complex social mix of this country. Definitely, we can state that Florida, the current Sun Shine State, and California, the current Gold State have for many reasons, comparables histories, cultures and population. First of all, the history of both states have had three points in common: near beginning, remarkable linking with some Latin countries, and the tragedy of the native Indian population's devastation. Both Florida and California were colonized by the Spanish Empire that attempted to control whole the New whole World that included South and North America. Nevertheless, England, French and Spain were fighting for these territories during the centuries, sixteen, seventeen, eighteen, and the first part of nineteen, it was Spain who established settlements and missions, and imposed its military power, culture and religion. However, in the middle of the nineteenth, not only Florida but also California had become part of the life of the United States.

Florida was the twenty-seventh state of the United States on March 3, 1845 and California was admitted as the thirty-first state on September 9, 1850. The second point in common is the relationship with some Latin countries. For example, it is a very curious event in the history that Britain gained control of Florida in 1763 in exchange for Havana, Cuba, which the British had captured from Spain during the Seven Years’ War (1756–63). In addition, it is well known that California was part of Mexico. In 1821 when this Hispanic country gained its independence from Spain, Alta California became a state in the First Mexican Empire. Afterward, United States declared war on Mexico and took this territory as part of USA through the Treaty of Guadalupe Hidalgo in 1848. Moreover, large waves of Hispanic immigrants have been coming to current Florida and California bringing customs, traditions, languages, which have had enormous influence in their society.

The third point in common in both states history is related with the native population. Indeed, like the Seminoles from Florida, the original communities of Indians from California were devastated and forced to leave their lands and work as slavers. According some studies, the declined tendencies of their population were due to Old World epidemic diseases, violence, nutritional changes, and cultural shock. Especially in some areas, such as what is now San Francisco, they were directly affected by the Gold Rush. In fact, most of native tribes there were scattered or destroyed. Finally, we can say that Florida and California have had the same historic vicissitudes and probably they will have the same kind of tendencies in their future developments.

The second similarity among Florida and California is in their culture, so they both have very important cultural and touristic centers that are popular all around the world, and they exhibit comparable cultural diversity because of the constantly immigration . Like Florida, California counts with beautiful and sunny beaches and others natural environments which make the people to choice their locations as ideal resort destinations. In addition, Los Angeles, San Francisco and Miami are global cities, it means that are cities deemed to be important node points in the global economic system and with remarkable cultural significance in the world. Not only Florida but also California have renowned cultural institutions, such as notable museums and galleries, orchestras, notable film centers and theatre centers. Also, they have a lively cultural scene, including film festivals, (such as Hollywood in Los Angeles and Florida film festival), premieres, a thriving music scene, nightlife, art galleries, and street performers, annual parades. In Both states we can find the famous Disney World and recreation centers such as SeaWorld and San Diego Zoo in San Diego California, and Kennedy Space Center, Dinosaur World and Circus Sarasota, and Everglade National Park in Florida. Secondly, both states concentrate one of the most diverse cultural in the nation.

Although Florida was more influenced from the Europe countries such as Spain and French, and from The Caribbean Islands such as Cuba and Puerto Rico, and California have been more open to East Asia and Mexico, receiving immigrants from Japan, China, Philippines and Mexico, they have both the same impressive cultural variety and most of Hispanic influences. They have both large Hispanic communities that are impacting every day in the social life in many ways. For instance, California has a serious problem with thousands of illegal immigrants, and Florida, on the other hand, has a high social violence and crime due to many people who arrive from different Latin countries without education and knowledge of the English language becoming unemployed. Concluding, Florida and California are both melting pots as well as an international crossroads to the U.S. , and are among the most ethnically diverse regions of the world. It means they have a rich culture, but hard challenging to face in order to built social scenarios where the people could live in peace and security.

The third comparable quality of Florida and California is their population, so they have the same demographic profile: diverse ethnic groups, and diverse language spoken. In fact, almost four millions of Hispanic are living in the Sun Shine State, which represent 21% of state population . Above all, the Cuban community, that is one of the biggest in this state, have a strong influence and weight on its politic and culture life. Similarly, California has a marked presence of the Hispanic population, so it is 37% of state population being the biggest the Mexican population of 83% of Hispanic people which has a very important effect on diverse social areas. Also, both states have African American and Asia communities, 6.7% and 12.5% respectively in California, and 15.66% and 2.11% respectively in Florida. The diverse languages spoken in both states is another remarkable characteristic that make them similar. In both states English is the official language but not only of all. Spanish, French Creole, German, Italian, and even Portuguese are spoken in Florida. Furthermore, according some sources, there is a tendency to English decreased by -2.37%, and Spanish increased +2.21%, Likewise, California has the English as a first language, but also is spoken Spanish(28.21% spoke Spanish at home). In addition to English and Spanish, is spoke Philippine, Chinese, Vietnamese, Cantonese, and Korean as a mother tongue. I think that to visit Florida and California would be a pretty nice experience to getting contact with most diverse customs, traditions, and languages existed in our globalized planet.

Definitely, California and Florida, beyond the differences between Western or Southeastern culture, hippie or salsa music, earthquake or hurricane, the Mexicans or Cubans immigrants, they are two faces of only one penny. They have had many similar historic developments, and they have the same type of cultural diversity and demographic profile signed for a great ethnic complexity and for the Hispanic historical tradition as their principal ingredient. They are an amazing and complex socio-cultural mix with Latin flavor. 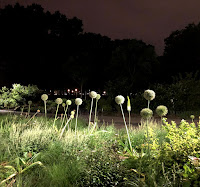