Education, Technology, and a Revolution on the Way 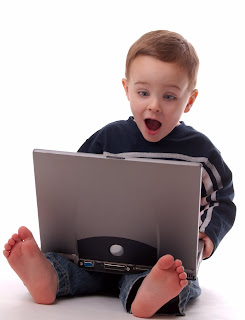 Nowadays, the impact of the modern cybernetic and computation sciences, information and communication technologies(ICTs) on different fields of the human life is so impressive that, more than one thinks the education revolution is on the way. " A survey by the Henry J. Kaiser Family Foundation found that young people (ages 8-18) mainline electronic media for more than six hours a day, on average. Many are multitasking – listening to music while surfing the Web or instant-messaging friends while playing a video game"..." We are currently preparing students for jobs that don't yet exist....There are 200 million registered users on My Space...We are living in exponential times...There are 31 Billions searchers on Google every month, in 2006, this number was 2.7 Billion, to whom were these questions addressed before Google?... The first commercial text message was sent in December of 1992, today the number of text messages sent and received every day exceeds the total population of the planet...Years it took to reach a market an audience of 50 million (Radio 38 years, TV 13, Internet 4, Pod 3, Facebook 2)...The number of Internet devices in 1984 was 1,000, in 1992, 1,000,000, in 2008 1,000,000,000...There are about 540,000 words in the English language, about 5X as many during Shakespeare's times...It is an estimated that a week's worth of the New York Times contains more information than a person was likely to come across in a life time in the 18th century...The amount of technical information is doubling every two years, for students studying a four year technical degree it means that half of what they learn in their first year of study will be outdate by their third year of study".

Then, one is wondering what particular effects are causing these new technologies on the education field? In fact, the education system is one of the most affected for these advances. Certainly, all these new technologies and Internet with its browsers and worldwide networks of users have impacted deeply on different branches and areas of the education field such as both teacher and student roles, learning styles, and foreign language teaching. The changes on the teacher and student roles have been one of the most difficult and controversial, because these changes are affecting the job opportunities for teachers, and the functions and empowering that both students and teacher share in the educational process.

Since the first computer was installed in a school reliving some teacher's tasks started a debate about whether computers can do better teaching job that teacher and save money also. Actually, the most opinions are on the side of the real teacher as irreplaceable, but it is a reality that all those new devices and technologies, computers, software, are stealing some teacher's positions. Certainly, many teachers who don't know these technologies and can't use it have more difficulties to get a job in the modern schools. Secondly, teacher and student are switching constantly because these technologies make possible more interactions among students and an enormous access to diverse information in a few minutes. Actually, students could have more and better information about some question than teachers.

Then, when they are sharing all this knowledge with other peers and with the teachers, are acting as teachers and the teachers as students. Likewise, as some scientists have stated, " while teachers have always been concerned with encouraging students to learn, encouraging discussion and dialog, now, with new and emerging technology, students can take control of these processes for themselves and use them far beyond the immediate confines of each course".

Ultimately, these new technologies have caused teachers to lost their old strong power over students and the students, on the other hand, got a new one better, but they are now partners in equal position creating together new knowledge and culture. They, both, won because from these new technologies are arising new learning styles. Students and teachers are called as “digital native and “digital immigrants” respectively. Teachers have to face a big challenging teaching students whose entire lives have been immersed in the 21st century media culture. They are digital learners and are taking our world via the filter of computing devices: the cellular phones, handheld gaming devices, laptops, plus the computers, TVs, and game consoles at home.

A survey found that young people between 8 to 18 years old use electronic media for more than six hours a day, on average, and they can do multitasking – listening to music while surfing the Web or instant-messaging friends while playing a video game. Moreover, many toddlers and preschoolers easily navigate these electronic, multimedia resources on games in which they learn colors, numbers, letters, spelling, and more complex tasks such as mixing basic colors to create new colors, problem-solving activities, and reading.

Secondly, as a result of these modern technologies teachers instead to providing content to students are helping them to find context and meaning in their studies. It means learning is being more cooperative, and is becoming in a researching process. These new styles of learning have been called by some specialists "neomilenial learning styles" because are based on collectively seeking, sieving, and synthesizing experiences rather than individually locating and absorbing information from a single best source. Furthermore, some studies have revealed that " teachers believed that computer literacy skills were important for the future of the students, but students claimed that they had acquired essential computer skills, as well as online browsing techniques, not from their teachers but by themselves".

Thirdly, the traditional class and school have been replaced for virtual classes and virtual school in the high education principally. For instance, it is well know education distance learning is preferred by more persons every year because they can't move to universities are far away. Finally, we can see that new learning styles are not any more bored unilateral process where teachers are speakers and owners of the information, students are neither passive receptors. So, learning is becoming much more complex, but more democratic, exchangeable, dynamic, and rich too.The modern language teaching is receiving a lot benefits from Internet, worldwide networks, and sophisticated soft wares. Idioms are difficult to teach as they are contextualized culturally and require cultural understanding in addition to language knowledge. However, the new interactive technologies such as videoconferences permit exchanges in real time. In this way the culture can be immediately exchanged between the students and the authentic native language speakers. Next, the use of Google, Skype and other browsers are giving new tools that could be used in second language teaching and learning to develop vocabulary, correct spelling, collaborate on writing tasks. Similarly Google Talk create opportunities for interaction in the target language.

Concluding, new technologies are causing a revolution in the education, and these effects are reaching some areas such as teacher and student roles, new learning styles more participative and interactive, and creating better opportunities for language teaching and learning. Education is showing an amazing future that is almost here, and we have to be open minded and ready to make the best use of these possibilities

Sources online used for this work: